Why is Taylor Swift such a Controversial Celebrity? 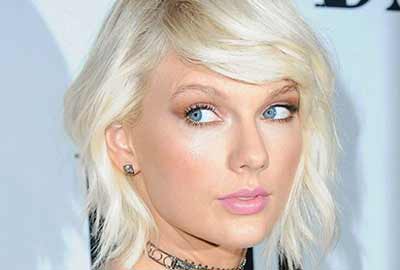 It seems that a new celebrity controversy appears in the news almost every day. What is becoming noticeable, however, is that more and more of these controversies seem to involve one figure: Taylor Swift. The romantically beautiful songstress from Reading, Pennsylvania is known for penning intimate songs about her personal life. These art works, by virtue of their personal and autobiographical nature, are one of the reasons why Swift has won so many fans. Recently, however, Swift's personal life has become the subject of some controversy. 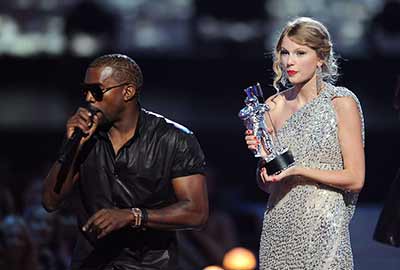 Swift has been embroiled in an ongoing controversy with the rapper Kanye West since at least 2009. When, in 2009, Swift was up on stage at the MTV Music Awards to collect her prize for the Best Female Artist, West jumped onto the stage as well, seized the microphone and declared that Beyonce should have won. Though Beyonce later invited Swift on stage with her so that Swift could complete her acceptance speech (which West had so dramatically interrupted), this was the start of a long standing controversy. 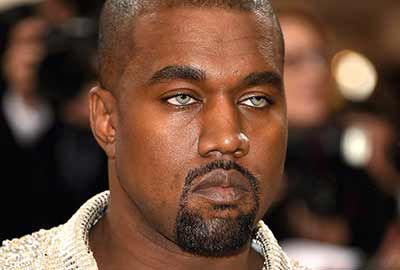 Later in 2009, West went public stating that he had apologized to Swift and that all was well. Swift countered, however, on a daytime talk show that in fact she had received no such apology for West's actions. She even wrote a song about West's actions, entitled 'Innocent', and sung it at the MTV Music Awards.

A time of peace? 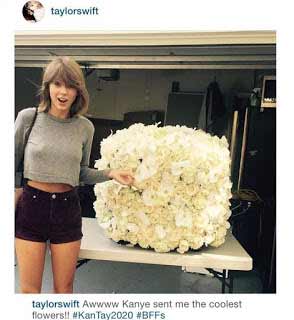 It seemed that Swift and West had reconciled, when West did in fact apologize to her and they were later spotted (in 2010) having dinner together at a swanky restaurant. Even later, West presented Swift with a huge cube of white flowers, a photo of which she placed on social media to show her fans. After this, many of Swift's fans (who had been amplifying the controversy on social media in their interactions with fans of West) decided to bury their hatchets with West as well.

In 2015 and 2016, though Kanye West's wife Kim Kardashian reopened the controversy by stating in an interview in GQ Magazine that Swift had unwarrantedly painted West in a bad light. Kardashian claimed that Swift had accepted an initial apology from West and then later denied it had ever happened. Swift, Kardashian implied, deliberately courted controversy with West, perhaps to further her own image. 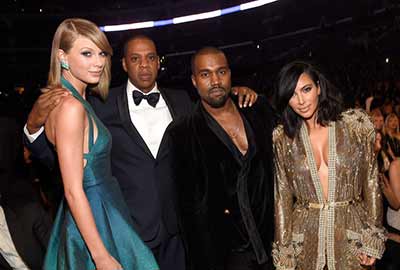 This spat with Kanye West can be said to be the central reason why Taylor Swift is seen to be a controversial celebrity. It seemed that the controversy was dying down in recent years, but now it seems in danger of reigniting. So, are we in for the long haul? Will this turn out to be a decade long controversy, or even one that continues on for even longer? it seems that only time will tell.